[Editor’s Note: Please take the following with a grain of salt. It may be written by a Nxivm member, or a troll, or someone completely insane or as an attempt at humor. Based on evidence that has come into my possession, the person who wrote this may be the same individual who has posted repeatedly as Pea Onyu.]

Nxivm is the greatest human achievement in the last 10,000 years. In comparison to Nxivm, all Utopian efforts of the past were inefficient. The old groups were infected by tolerance of critics and content to leave loose ends, to regard the overt act and be uninterested in what members were thinking, or how critics infected the thinking of members.

With the invention of Vanguard’s technology, the possibility of obtaining complete obedience of women to the will of one perfected man became feasible. It could lead to complete uniformity of opinion on all subjects. This existed for the first time with Nxivm and was perfected with The Vow.

This is why Vanguard quashed enemies. His passion is meant to complete the destruction of enemies, including the secret group which governs the sad state of the world. We can see what they do by what they did to Vanguard. As Legatus Pro Tem, I assure you, he will destroy the Illuminati. This is the purpose of his present passion.

We will not tolerate enemies of the mission. Its perfection lies in undermining enemies. If you fall from a palm tree, it is not unjust to clutch at the trunk and slide down to safety. If you submerge in an undertow, it is not unjust to fill your lungs with air when you climb to the beach. If you have cancer, you radiate, or surgically remove it.  Like cancer, the evil came to destroy. Vanguard deals with each according to Ehtical Justice.

Did Tighe try to frame us? Did he not lie about us to get us in trouble to destroy the mission? If dark Penza alleges pictures placed on a computer, be not dismayed. Ethical Justice is what saves the mission. How many did Tighe hurt? He kept thirsty lips from drinking from the fount of wisdom. If not stopped, he might have destroyed the mission. Our Ethical Justice saved the old fool’s life since in prison they treat his cancer.  This shows the Vanguard’s perfection.

O’Hara went to prison but for a few years. Natalie was indicted twice; her wealth taken. A dog was sacrificed. We punish not out of cruelty, but from the instinct that makes one take a breath. Or grasp at the trunk.  Or remove cancer.  Did not God flood the earth, and punish Sodom and Gomorrah? Did he not cast the wicked Eve and benighted Adam out of Eden?

Toni Natalie received Vanguard’s love. She rebelled. She wanted to own the magical wand. She wanted to dictate to the world’s greatest thinker her archaic ethics. Anyone would have punished more harshly. Vanguard was benevolent, more so than to any traitorous vixen.

Parlato tried to hide a scheme of Edgar Bronfman Sr. to exploit his own daughters. Frank took Edgar’s side and tried to cast blame on the Vanguard for a minor Los Angeles real estate deal that was in reality a good and solid investment. This is why Legatus Maximus tried to get her dying father to confess his crimes. Not for Vanguard, but to expose deep laid plans of the Illuminati, which Vanguard was brave to reveal.  The old man died a coward.  Frank would have been stopped had his indictment worked as planned. He was supposed to have a gag order but the judge demurred. Not getting the gag order allowed Frank Report to be born, to live and spread cancer.  This gave platform to the lies about Vanguard and Legatus Maximus and caused them to be falsely indicted by the Illuminati-controlled Eastern District of New York.

Vanguard and Legatus Maximus shall be tried and acquitted. Allison, who is now, by decree of the Vanguard, to be known forever as La Pucelle. She will never be forgotten. There will be statues erected in every city. Streets named for her; Universities teaching Vanguard’s exalted technology bearing her name. Every child will memorize her accomplishments and sacrifice. La Pucelle has changed the course of womankind forever.

2000 years ago, Christ was the precursor; a wave of the tsunami of Vanguard. Without Judas, Christ would not have fulfilled his mission. Without the Salzmans, Vanguard cannot fulfill his mission.  When the Salzmans are sentenced this year for lying plea deals, after Vanguard and Legatus Maximus are acquitted, they will be sentenced to harsh prison.  They will get used to living without hope. They will deny him further but will one day  confess; then they will die outside Ethical Justice.  These are the results you will see. There is no possibility that any perceptible change will happen in their lifetime.

Nancy was Adolf Hitler and history repeats itself: Hitler was defeated in 1945. Hitler will be defeated in her female form in 2019.

Vanguard said, “Our enemies shall take part in the future as handfuls of dust and splinters of bone. We extend our technology outwards from individual to individual, generation after generation.”

Vanguard was despised and rejected by suppressives. He is in the world, though the world did not recognize him. Prefect, whom he trusted, lifted up her heel against him. Then one of DOS  – the one called Lauren – went to prosecutors and asked, ‘What are you willing to give me if I and my mother hand him over to you?’ Vanguard was oppressed and afflicted, yet he did not open his mouth until trial. The prosecutors, minions of the Illuminati, mocked him. But the jury was undivided; they cast lots for his acquittal and he walked among us on two tens plus one. (30 June 2019).

The Illuminati has Grave Forces against us – reborn to silence us

Now, I shall reveal what Vanguard has spake in the silence. Now, you will understand why we must smite our enemies.

Toni Natalie was Lileth, the first wife of Adam, reborn as Heinrich Himmler. 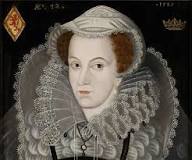 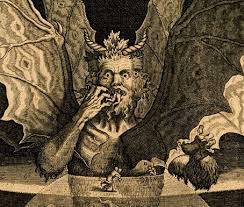 Frank Parlato is a partial manifestation of Satan.

Against all these is Vanguard who was Buddha, Krishna and Jesus combined.

[Editor’s Note: Not a real photo but photoshopped by Frank Report].

Vanguard said, “Nxivm cannot be wiped out because it is not an organization in the ordinary sense. Nothing holds it together except my patent pending ideas which are indestructible. You will get no membership and no encouragement if you defy the truth.”

I would add to this that you will not have anything higher to sustain you than Vanguard. You will get no friendship, no love, no encouragement, no truth unless you follow his path of Ethical Justice which leads to his perfection.

Shadow: Nancy and Lauren, tied with Raniere and Allison Mack, are under immense pressure to cut a plea deal
Shadow: Since 2009, the ample Bronfman pocket book has owned and operated NXIVM.
Comment