As if it were not bad enough that there is a battle waging between Sultan of Six and Kreuk-Buster over whether the fantastically talented, Canadian taxpayer-funded actress, Kristin Kreuk, acted a little less than ethical when it came to real life, courageous denunciation of her former mentor, the ethicist, and convicted sex-trafficker, Keith Alan Raniere– there is now a new battle brewing between one our most esteemed commenters, Nice Guy 2.0, and Frank Parlato over whether posting some, arguably, questionably authentic photos of the wonderful actress is what a real ethicist like Frank would do.

In short, Nice Guy 2.0 deeply resents the dubious pictures, and refers to Frank as a “Gaslighting Knave” for posting pictures of Miss Kreuk which are “fake skin” and sure to rankle feminists like Nice Guy 2.0 himself.

Re Fake Skin Photo of Kristen Kreuk [below):

Here we go yet again, Fake Skin!!! What’s the matter Parlato? Kristen’s Asian A-cups not big enough for you? I guess only oversized Sicilian C-cups turn you on. It’s a wee-bit racist, as well as sexist, don’t you think?

How do you think real women feel when even the bodies of Hollywood stars must be upgraded by men such as you?

Fake skin is an affront to the female form, and the bastardization of what God designed.

Do have any human decency left within you, or is the Sultan right?

Parlato you have lost your moral compass. This website is rife with cultural appropriation and awash in foul language.

NiceGuy2.0 is done. I will be back one week from today. I suggest things change; or I will be joining the ranks of Pyriel, Actaeon, and FriendsOfAllison….

Therefore, I plead to Frank Parlato’s integrity and humanity to change before it’s too late!!!!

Here is the original [real skin] photo below, before alterations were made to God’s flawless design to suit one man’s fancy.

Please note how Kristen went from Asian A-cups to Sicilian C-cups in a mere 24 hours. Do you believe such a thing is remotely possible?

Sultan of Six, maybe you could make yourself useful for once and back me up for once!!!!!

From here on in, I have been appointed by Frank as the guardian of authenticity for Kristin Kreuk pictures. But Nice Guy 2.0, it is hard know which Kreuk pics are real for, unlike you and Sultan, I have never met the exquisitely talented actress that Canadians love to work to pay taxes to support.

I therefore can only use my best judgment to ascertain which photos feature fake skin and which are authentic.

I am truly sorry you were offended. Here are some photos of Canadian taxpayers’ favorite actress that independent websites declare are authentic.

According to the Facebook page Eclectic Ladies the pic below is authentic:

The face seems right and body proportion seem correct, yet I have serious doubts that this stellar actress would pose in such a revealing and clearly blatantly sexually suggestive fashion. I call it fake. And it is despicable. 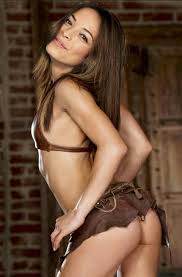 Back to the real.

Finally, here is one Kreuk photo that I am pretty suspicious of. There is something about it that just doesn’t seem right.

The Right Side: John Bolton Says President Wanted Quid Pro Quo – FBI Agent Says So What? What Difference Does It Make?
10 Reasons Why Kristin Snyder Was Murdered By Kieth Raniere and Co.
Comment