Through his comments and contributions to this site, Anony Maker keeps our readers well informed about the Jeffrey Epstein case. Here are some of his latest contributions.

I don’t see anything seriously wrong with these images of Jeffrey Epstein and Woody Allen with his wife Soon Yi, beyond what might be expected of digital photographs that were probably produced for sale to tabloids.

The copyright tag in the lower left of one of the photos indicates they were taken by a professional paparazzo [Elder Ordonez], who would have been using high-end equipment like telephoto lenses which create the illusion of foreshortening, plus he or the tabloids he sold photos to may have done some digital image enhancement just to make the subjects of the photos stand out better for publication purposes – similar to the sort of thing we saw amateurishly done in the Maxwell images.

I have a fair bit of experience working with and analyzing digital images, and went through these in more detail in a writeup that I expect will be posted here eventually. I don’t see anything out of the ordinary, and doubt that anyone would have photoshopped figures into a whole series of images take years ago (I found them published at least as far back as 2015). If there’s anything suspicious, it’s that some of the images here have been cropped and don’t show other people visible in the versions published earlier, and there are none from the series showing the full face of the woman on the left.

The photographer is using a lens with a very short depth of focus, so that only one person is in sharp focus, which also creates the illusion of foreshortening – this is most obvious in the banner and last image, of Epstein.

Sometimes that effect is also created or emphasized in post-production, which can make figures seem a bit odd on close examination, perhaps also at work in that same image – but that’s been done since the black-and-white days, when photographers and newspaper photo departments used to take sharp pencils to negatives to outline faces and figures (or create the infamous “Bat Boy”). 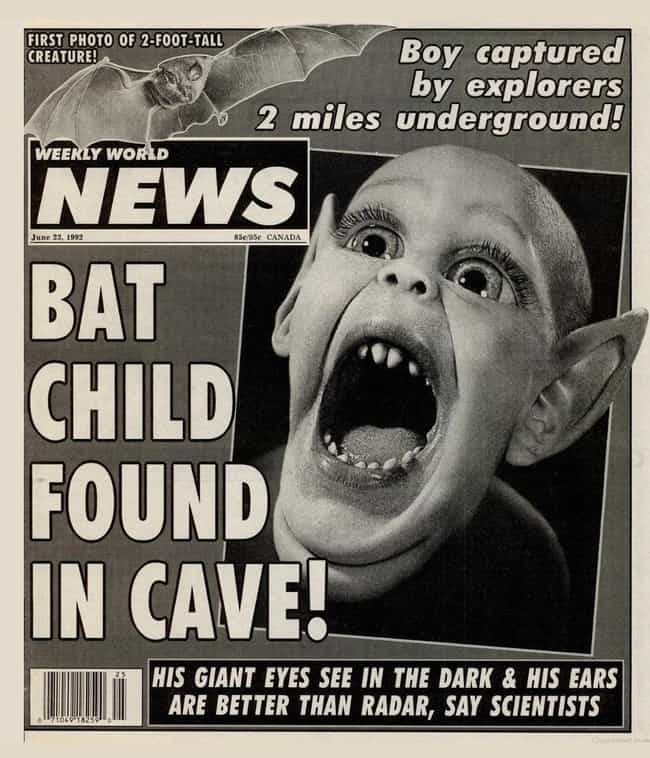 Also, as much skill as it takes to photoshop major figures into an image virtually undetectably, it would be a real feat to create a sequential series of images that appeared convincing. A quick search online reveals that there are not just the 3 images from that street scene, but at least 2 additional ones, taken fractions of a second apart; in one the woman on the very left, rather than Allen’s wife, has virtually disappeared behind Epstein’s large frame. As is visible in the last image and noted in some of the published ones, they are copyrighted and credited to Elder Ordonez/INFphoto.com, who would be the one to ask about the photos – he’s apparently a “major celebrity photo contributor” and not all that hard to find:

The Ghislaine Maxwell photos were very amateurishly and obviously photoshopped, by someone (probably Maxwell’s attorney friend who took the pictures, or someone at her media agency) who apparently thought that they needed to be cleaned up a bit for sale to the tabloids. However, changing out the movie poster undetectably would have required the work of a highly experienced professional, and I think it’s more likely that there’s just typical human confusion over when the poster shown in the photograph was actually put up in the bus shelter and, then, replaced.

Besides having done a fair bit of “photoshopping” (using Adobe as well as freeware tools) as a volunteer at an entertainment non-profit – where we had to sometimes edit or create composite photos of performance groups.

I’ve also done quite a bit of forensic-type photo analysis following an especially resourceful cult group that uses photographic tricks and does a fair bit of “photoshopping,” mostly to try to make crowds at events look bigger. This is not terribly sophisticated (popping a few extra small, blurry heads in here and there) and also making banal cosmetic fixes like cleaning up visual distractions in the vicinity of their Dear Leader.

One of the things I’ve learned along the way is that if you look at almost any digital image long enough you’re likely to find at least one thing that seems weird, and between the photographic techniques used and the oddities of digital photography including how cameras’ image sensors work and the compression algorithms applied to photographs, there are almost always multiple anomalies that show up in digital images on close analysis (though it helps to have high-resolution versions, which we don’t here).

It can even start to become sort of a Rorshach Test if you’re not careful.

LOL, there are people who think pictures of the earth taken from space are fake because they believe it’s flat – there are lots of fools in the world. They’re also the sort of gullible, logically challenged people who are prime candidates for cults – which of course typically have conspiracy theories as part of their beliefs.

It’s actually a classic example of how shoddy and poorly thought through much if not most conspiracy theorizing is, and how obsessed its proponents get into trying to read things into factual evidence like photographs where there is actually nothing out of the ordinary. That, or, typically in combination, to propose theories that don’t even make sense when fully thought out, or taken to their logical conclusion.

So, I guess it comes down to me explaining how such a conspiracy theory ought to work, for those who still might not get it: if clever conspirators trying to spirit Epstein away alive, sent either an Epstein dummy or doppelganger (smuggled in first), the relatively easy way out of the jail on a gurney, then they still would have been left with the problem of getting the live Epstein out of a high-security federal facility.  Even Hollywooscriptwritersrs have figured out that the best-seeming ruse is to have the live, sedated (or even somehow temporary heart-stopped) taken out on a stretcher. There is actually no version of even a comparatively coherent and internally consistent conspiracy theory around this, in which it makes sense for anyone other than Epstein to be on the gurney, dead or alive.

There is certainly collusion – often based on a convenient convergence of mutual interests – and occasionally some real conspiracy, though usually limited in scale and ultimately exposed.

I’ve studied Rockefeller and he is an interesting case, as he tended to fall for con men’s investment schemes, and not do so well in general with the stock market – his advisers and family finally had to limit the amount of money he had to play with. But he was brilliant at anything that had to do with manipulating things he could fully control, from industrial operations that shaved every penny imaginable to conspiratorial monopolies that could rig markets, and, of course, the occasional underhanded financial deal.

There are reports that Epstein was a genius at avoiding taxes, and I suspect that among other things, it will eventually turn out that he set up tax schemes, such as in the Virgin Islands, for people with big money, and took cuts – that may even be much of what he did for Wexner. If so, that’s another thing that a lot of influential people might rather not have revealed.

Epstein’s Story [at Least] Lives on

The Epstein story continues to have “legs” both in the US and abroad – including apparently with law enforcement.

The MIT scandal continues, and is explained:

Leslie Wexner continues to say very general things, trying to distance himself from Epstein and put him in the past, but nothing that really provides much of an explanation of the relationship that virtually made Epstein:

‘So sick, so cunning, so depraved’ — Victoria’s Secret boss Les Wexner is speaking out about his ties…
https://markets.businessinsider.com/news/stocks/victorias-secret-les-wexner-embarrassed-by-jeffrey-epstein-ties-2019-9-1028519371

Further analysis of the results of MuckRock’s FOIA request:

There is another important developing angle of the Epstein story.

Interestingly, the info comes from FOIA requests made by MuckRock. As noted in a new Vanity Fair article, there is continuing intense media interest in the Epstein story – which hopefully bodes well for uncovering more of the truth.

Apparently, girls were being flown to the Virgin Islands, which starts to explain where the young women sighted there came from, though I suspect many may have been from overseas as well. From what I remember of one of the reports, they may not have been properly accounted for in Epstein’s flight manifests.

Jeffrey Epstein Might Have Taken Girls as Young as 11 to His Private Island Last Year
“An air traffic controller witnessed Epstein traveling with pre-teen girls.”
https://www.vice.com/en_us/article/zmj3e3/jeffrey-epstein-might-have-taken-girls-as-young-as-11-to-his-private-island-last-year

There are continual reports of investigative activity in France:

An investigative journalist doggedly tracked down confirmation that the curious structure on Epstein’s island was a sort of music room, with a piano in it (at the end of a summation of the various speculative theories that have been floated):

And there are no news updates on the investigation into Epstein’s death, in spite of someone posting a comment elsewhere citing supposed “sources” and an “insider,” that I’m guessing came from a conspiracy theory website.

Finally, in my favorite conspiracy theory, there’s this that’s new:

Ancient Aliens (September 05 2019 ) The Reptilian Agenda
“Could they still be among us, hiding in plain site – and if so, what is their agenda?”
https://www.youtube.com/watch?v=Sd72MKzp9UU

Concluding that Epstein’s Gurney Pics Were Faked Is an Example of a Hasty Conclusion
A Sea of Doubt: Are 2013 Photos of Jeffrey Epstein with Woody Allen in NYC Photoshopped – Just Like Ghislaine Maxwell Photos in LA?
Comment