COVID-19 is biting the Big Apple. Biting it to the core, with 25,665 infected and 192 dead. Only a few types of businesses are allowed to stay open, and gatherings are limited to two people. Three is not a crowd; it is a crime scene.

As we reel from this, we are hit with some hard facts. The governor of this state is perhaps the biggest criminal in New York.

Some say he ought to be in jail, sharing a cell with eight of his buddies. It was he, Andrew Cuomo, who refused to buy 16,000 ventilators, using a greater amount of money on a solar panel project run by his brother, which never panned out.

Then there is the issue of an entire hospital – St. Vincent’s, located on 12th and Seventh in Manhattan. Or it used to be. Christine Quinn, darling of the left, NYC city council speaker at the time, sold it to developers. She loved developers. She did not love sick people.

Now Manhattan, which has about 3,000 of the NYC cases, is stuck. Hospital closed.

Quinn is unavailable for comment, elusive as an eel in oil.

And what about the $1 billion or so that Mayor de Blasio’s wife can’t seem to account for? Why is she not under investigation? That $ would really help us now. It’s gone. Maybe she’ll find it. I hope a jury finds her – guilty of embezzlement.

And what about the downtown leaders who urged people to ignore the warnings and attend the Chinese New Year Parade in lower Manhattan?

So we are not at ease with our leaders, who seem so adept at getting on TV and acting authoritarian. Where were you when we needed you?

And neither are we at ease with some of the businesses in this city.

I just got a call from friends who are local businessmen who are now faced with no sympathy from Manhattan Mini Storage. This company is owned by a man who has made many millions off of Gothamites over the last 30 years or so. He now owns more than a dozen facilities, some acres in size, which house not only personal property but business inventories. As most businesses are now out of business for the moment, local vendors are stuck with no income while forced to pay for storage.

One would think that MMS would take this into consideration. That some delayed payment plans would be offered to ease the pain. But no. On the contrary, even the most long term customers are being told that they have to come up with the rent or be locked out. Absolutely no exceptions.

Which does not make sense, as MMS would then have to auction off the lockers of those who default – an action that is now illegal if it involves more than three people on site. Or they would have to dispose of large inventories – an action that would be, if not illegal, just about impossible. Where would all these go? Acres of goods just heartlessly dumped in the streets? Who at this time would move any goods in?

Clearly, they are not thinking this out.

But they are not the only ones not thinking.

No Quinine, No Chichona 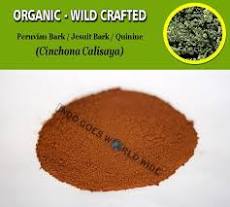 As soon as I started learning about quinine, and saw that bottles of tincture were available on the net (were – note the past tense) – I ran midtown to Westerly Health on 8th Avenue. No quinine or any chinchona bark product was to be found. So, of course, I asked a worker there about it; guess what he told me. That they were “working on more important things.”

The health of the entire city was not as important as selling very high priced items, such as garlic essence, $40.+ or a small box. Garlic for $40? What are they thinking? To hell with all of us? Give us your $ and drop dead?

A block north I checked out The Vitamin Shoppe. They too knew about quinine and chinchona products but were just dismissive. They did not even want to know. And a few blocks further north at Jeff Bezos’ Whole Foods in Columbus Circle, the hipster attendants did not want to know. No quinine, no chinchona. But lots of VERY high priced exotic essences; in reality, all kinds of herbs that we can all grow for pennies. Jeff Bezos is getting rich there, and he is getting rich off of the panic, with shops ordered to close, and vendors FORCED now to use Amazon.

These businesses are not in line with the ones that President Trump is getting to help us; Bayer is DONATING chloroquine pills – three million – to America.

That is the spirit we need, not overpriced trendy quack meds and greedy storage locker companies.

Trump is leaning on business owners and getting results. I hope he reads this and calls MMS and the so-called health food shops in this town. We need them to get real.

We also need some of the younger, more active residents to slow down. They are calling themselves corona rebels. I call them jerks.

Some corona rebels are going to extremes, like letting their dogs foul the paths. I chased down one, a hip-looking young man named Adam, who refused my request to clean up after his shepherd dog. He tried to evade me and walked up to the part of Fort Tryon Park where dog owners congregate, and told them I was a psychopath giving him a hard time.

They told him to go back down and clean up the feces. I followed him down, marching him north on the winding path towards the children’s playground where this rebel had left his disease-ridden mess. He whined the whole way, as people nodded to me when I explained the situation. Adam insisted he would like to talk to the police and turn me in as a psychopath. But when I walked towards Broadway to flag down a police car, Adam ran away.

So there are some strange goings-on that defy logic. Greed and arrogance are not killed by this virus; just mammals – humans, and recently, a dog – which died in quarantine in Hong Kong, making me very wary of people who leave their dog mess near children’s playgrounds.

And I am wary of other things as well. On this site, there are a number of very good articles about 5G and how the virus breaks out in proximity to 5G towers. Why?

It seems that 5G damages our immune systems. But 5G is hip, and it makes $. Lots of greedy, arrogant hip people who want the latest on their cell phones, so screw the rest of us.

I say we put 5G on hold till we get real studies on it. How much more internet do we need?

Enough for now. I have lots of friends who are facing bankruptcy, eviction and other unpleasant realities. Thank God that all are healthy. I will do my best to keep it that way, researching quinine, chloroquine and azithromycin, and dealing at hipsters who leave their mess in the park.

Which is a deja vu; my first ever civic act was to write a letter to then-Mayor John Lindsey telling him that hipster heroin addicts were letting their dogs poop in the sandbox in Tompkins Square Park, lower Manhattan, where I lived in 1970. He replied. He assured me he would take care of it. Even then, at the age of seven, I knew I was being lied to.

Since then, I have trusted few politicians, least of all, the left-wing NY pols who deprive us of our hospitals and refuse to buy ventilators.

I trust in the Lord who has the cure. We must pray. That is my best advice.