Here is another crazy American story.

And if this seems fishy, it really is not. It does smell like her pussy, she says, and she does sell the candles through her lifestyle and wellness company, Goop. The name of the candle is, “This Smells Like My Vagina.”

This is the new high watermark of feminism.

Its origins are a bit stinky, Paltrow admits. She first came across a peculiar scent when she was working with a perfumer. Taking a sniff of one particular concoction, Paltrow said it reminded her of the odor of her vagina.

Her company went right to work on it – presumably testing the scent against the real thing and it was finalized for the “This Smells Like My Vagina” candle.

Perfumer Douglas Little and Paltrow worked together to perfect the official fragrance.

The company advertises it as “a funny, gorgeous, sexy, and beautifully unexpected scent.”

Goop advertises that their vagina candle “is a blend of geranium, citrusy bergamot, and cedar absolutes juxtaposed with Damask rose and ambrette seed –  that puts us in mind of fantasy, seduction, and a sophisticated warmth.”

At this juncture, I would like to point out that Paltrow wants you to accept no inferior substitutes but to buy the official “This Smells Like My Vagina” candle from her company.

Which reminds us that Nxivm cult leader Keith Raniere has forever corrupted the word “official” for his students and friends.

Raniere once explained, “Now there is this whole thing about changing the word ‘official.’ Ah, I have corrupted people’s minds…. Probably an awful insult. Worse than saying a woman… is ‘piggie’. That’s pretty bad: ‘She’s piggie.’ That’s not womanly, but to tease a woman about her [vaginal] odor, saying that she’s about fish. She’s a fish – hole.  O-ffic-ial.”

In 2018, Goop settled a lawsuit with the state of California paying $145,000 surrounding their “vagina eggs,” which were advertised as being able to help regulate females’ hormones and negate menstrual cramps. It was a large porous egg that women were supposed to put inside their vaginas. It didn’t work as advertised.

On the poster of a Netflix show, “The Goop Lab With Gwyneth Paltrow,” Paltrow appears to be emerging from a vagina. 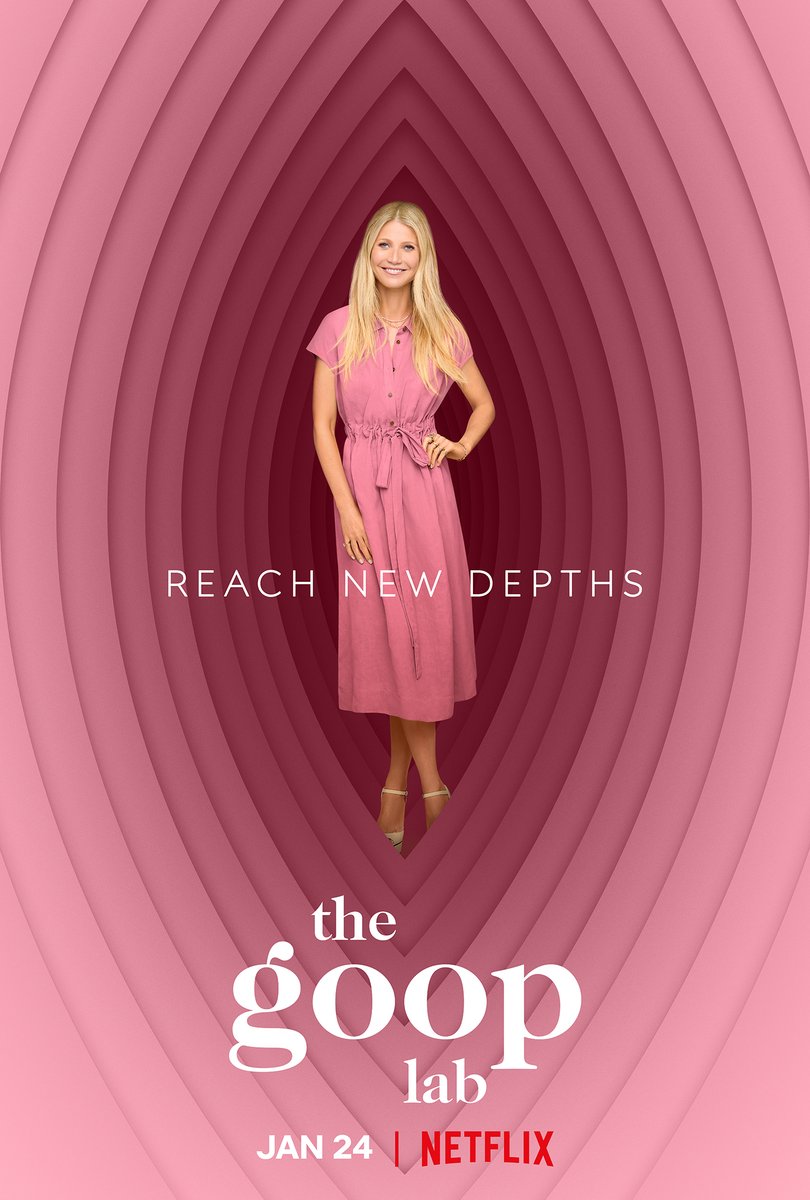 After Gwyneth shakes herself up a couple of Martinis and talks about getting high, as in wearing heels, and the narrator says “someone’s double-fisting,” Paltrow “struts” through the kitchen with her drinks.

In 2016, Paltrow revealed she does vagina-steaming and admitted she had became hooked on the treatment. V-steaming is where a woman squats over steaming water containing herbs such as mugwort, rosemary, wormwood, and basil.

While the official Paltrow-smelling candle may seem a bit pricey, The Kate Awakening‏@kate_awakening on Twitter offers a cheaper alternative that smells about the same or better than Paltrow’s snatch-scented candles.

And unlike Paltrow’s candles – you can eat them too.

“For those of you who can’t afford the real thing, I found a decent knockoff,” writes Kate.