There are some who might say that by naming mid-level supporters and members of NXIVM, such as Alayne Curtiss, Diana Lim, Kim Constable, Lucas Roberts, etc. that I have taken on the character of an overzealous Nazi hunter – chasing down members who want to live quiet lives — until the advent of the next Fuehrer or the reappearance of a freed Vanguard – until the wave of anti- NXIVM hysteria passes or people forget about Hitler or Raniere — or NXIVM or Nazism.
One may argue that to compare NXIVM to Nazism is unfair. Yet, I wonder if the similar sounding names is a coincidence or if Raniere chose the name itself – NXIVM – because it sounds like Nazism?
Was this his private joke?
We know he told NXIVM members they were Nazis in their past lives.
I have written  that the name NXIVM may have been based on the ancient Roman concept of Nexum – or human collateral.
Is it far-fetched to think Raniere loved that “NXIVM” pronounced with a slight German accent sounds just like “Nazism”?
He might have preferred to spell if NZIVM – only it might have been too obvious.
Here are some of Raniere’s claims:

Raniere told Toni Natalie that in her past life she was high-ranking Nazi official, Herman Göering.  According to a 2006 report in Metroland, as a result of therapy sessions with Raniere, Natalie said she became convinced she was responsible for the Nazi Holocaust. One time, Natalie claims, a group of Raniere’s followers cornered her in her office.  A man placed a knife in her hand and told her that it was “the knife you killed me with.’”

Not a Nazi but a Fascist

Alejandro ‘Alex’ Betancourt was identified by Raniere as Benito Mussolini, the Italian dictator, in his past life.

Betancourt has had a long-standing relationship with Emiliano Salinas – son of former Mexican president Carlos Salinas.

Naturally, a question arises: If NXIVM members were various Nazis – who was Raniere in his past life?
If his present-life followers were top Nazis, I thought it stood to reason that, in Raniere’s past life, he was their leader also. 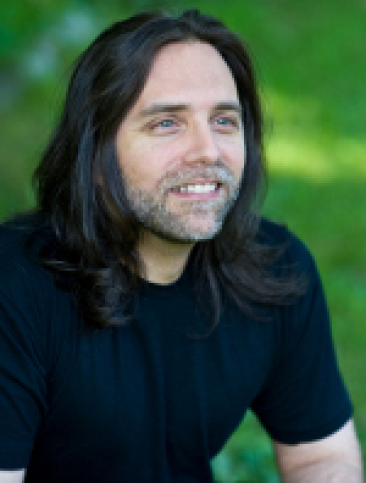 But I was wrong. Keith identified Adolf Hitler in her past life.  It is Prefect- Nancy Salzman.

Originally, Raniere told Salzman she was a concentration camp victim in her last life. Salzman is Jewish. But later Raniere revised his assessment and informed her that she was Hitler.

Raniere told Salzman she must atone for her crimes as Hitler by doing whatever he told her. He could help her overcome the assault on Jews she committed in her past life.

Raniere told some followers that he was a resistance fighter in his past life – a brave man who fought against Hitler – a heroic man who combated the Nazi terror and was one of the purest, most divine forces of the whole Nazi era.

The Super Surveillance State, Aided by 5G, and Fake News, Is the Platform for the Devil

The Super Surveillance State, Aided by 5G, and Fake News, Is the Platform for the Devil

John Tighe to Be Released from Prison Wednesday, July 8