Maybe there are more charges awaiting Clare Bronfman than just a charge for lying under oath, and her attorneys have probably informed her of what possible charges could be brought against her, as things stand now.

From what I can see, a federal perjury conviction wouldn’t add much time to her potential incarceration in a federal prison. At the maximum, she’d get potentially five more years.

Any more time that Clare might receive upon sentencing, due to the Judge’s informed evaluation of her, Clare is likely to appeal.

Clare could have a double whammy coming, wherein Judge Garaufis gives her a longer sentence in April, for what she took on with her disorganized plea bargaining, AND then more charges are still going to be heading her way later.

Already if Judge Garaufis decides to give Bronfman more time than she originally accepted, very likely Clare will be going into tougher incarceration conditions than she might’ve found “acceptable” while she’s been stagnating in her fancy apartment under home confinement.

I wonder how Judge Garaufis has been weighing whether it is better to lengthen Clare’s sentence while he can, versus if he’s aware that more criminal charges are probably coming to expand her legal challenges ahead.

What will he decide is the most practical and just way to handle his decisions?

He has seen so much more detailed info about every Nxivm defendant’s crimes and possibly chargeable offenses than any of us who are in the audience. The entire case has been expanding rather than finishing up or dwindling. Plus, as we’ve seen, in Clare Bronfman’s case, Judge Garaufis has fired a warning shot at her already.

Clare isn’t the only Nxivm defendant who made a plea bargain and who has, so far, avoided more charges.

Nancy Salzman appears to have put herself in the best possible position, yet I think that she has been one of the three worst offenders, among those who were convicted. To me, all that Nancy Salzman really represents is a lying and coldhearted, insane danger to others, just like Keith Raniere and both of the Bronfman sisters.

So far, Clare seems to be the only Nxivm co-defendant who has been given warnings that her sentence could be lengthened by Judge Garaufis, and it is most likely that he will address these matters with exactitude when he sentences her, if and when he sentences Clare to prison beyond what he had been considering initially.

The explanatory and decisive words of the Judge’s at the sentencing of Clare Bronfman are going to be of deep interest.

Raniere is a done deal and is extremely unlikely to leave prison alive.

Clare Bronfman has managed to get herself identified as the worst villain of the batch after Raniere. Meanwhile, Nancy Salzman has been much more clever.

Clare has kept herself quite invisible and unphotographed, even though she can leave her apartment a couple of times each week. What could her psychological state be like, by now? Does she still feel so entitled and so possessed by her Raniere conditioning?

My sense is that Clare is still a diehard Raniere follower.

Is Clare the actual “leader” of Nxivm in her mind now? Will she still be “a danger to society” if and when her prison term ends?

How does one see any hope for Clare Bronfman to even want to redeem herself? She has said and done nothing, since her arrest, to indicate that she is anything but an insanely devoted believer in Raniere and his sadistic “philosophy” and that she continues to practice Raniere’s (and her own) methodologies of chaotic thinking and cruelty.

Just my opinion, but what Clare has shown so far, is that she is very much still immersed in her dark waters and, thus, she continues to be a danger to the rest of the world.

The only changes we’ve seen in Clare so far are that she got her GED and that she’s aging more rapidly.

One thing is for sure, though. Once in prison, if Clare ever really gets there, she is going to deteriorate even more swiftly.

Her increasing deterioration could be her only substitute for any authentic rehabilitation or redemption. Clare looks that lost and that hopeless. She has zero skill as an actor and doesn’t seem to be able to fake it, even.

Clare has behaved as if she hasn’t a shred of practicality and as if she has no insight at all into what would be best for her own long term well-being. She can hire the most expensive representatives and probably will still remain absolutely nuts, her own worst enemy.

That photo of Sara at the lunch for “children in crisis” is a true bone chiller. Talk about a vacant, yet hypnotized and demonic stare.

Sara looks as if her she-balls were just about roasted. Put that photo of Sara up with Clare’s most repugnant crazed photo, which was used by the prosecution. Allow me to pause and to thank the prosecution team for that sage choice.

The two ‘Afterthought’ Bronfman sisters look like a pair of maddened, satanically-possessed and treacherous ax-murderers, thirsting for blood in some horror movie. 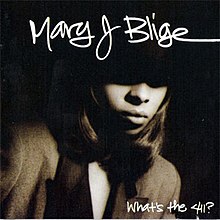 Yet they both wear facial expressions, exhibiting and exposing their batshit borderline personalities or whatever the hell it is showing from their naked faces.

Then Mary zeroed in where the Bronfmans fear to tread. “I don’t have no time for no wham-bam thank you, ma’am.”

Did Allison Mack Repudiate Raniere? Plus Bouchey and Natalie Make Claims for Restitution and Government Recommends They Get a Slice of Pie

Did Allison Mack Repudiate Raniere? Plus Bouchey and Natalie Make Claims for Restitution and Government Recommends They Get a Slice of Pie