Frank Parlato
11:44 pm
43 Comments
FacebookTwitterRedditLinkedInEmail
It’s part of the job. And D is not the first. But one of a long list of people who like to insert themselves into my work or life without offering anything in return.
I sometimes call such people stalkers.  And starting on Jan. 13, I got myself yet another “stalker.”  Someone who calls him/herself ‘D.”
My first email from D [January 13] [whose email address is creationode@gmail.com] had the subject heading: “NXIVM Donor Mystery – 14 years of spying.”
the subject sounded interesting, so I opened the email and D writes, “If you know the people to find the people who can find the information to make these people meet a cold justice, please let them know.  The FBI is slow with tips. https://www.geni.com/people/Countess-Liliana-Teruzzi/4743568579240071580″

This sounded like an invitation to violence. I wrote back, “Don’t know what you are talking about.”

D responded the following day with two words: “Of course.”

I did not respond mainly because I was not at my computer.  D sent another email 10 minutes later [6:35] with the subject: “Fwd: Ongoing NXIVM investigation – tip”

It had no message written to me, but a forwarded messages as follows:

We do not accept “tips” for the FBI. The best place to place these “tips” is the FBI’s national tip line which is accessible on FBI.gov. These tips are viewed on a national basis by trained professionals.

Society of Former Special Agents of the FBI

My name is Devin Handy.

I currently live in Las Vegas.

I have spent 14 years looking into various cults and patterns as a hobby.

I am concerned that I have found an individual who might be of EXTREME interest to the NXIVM case and national economic security investigations.

I have a bad taste for the Las Vegas FBI office concerning this individual as he is registered as a business owner in Las Vegas but apparently resides in Florida.

I am wondering if you would be able to pass the tip along to appropriate ex-agents who might then use their own connections to enhance the tip.

I do not want to contaminate this tip and am concerned that the local office would be compromised with this information, especially given the recent events in Las Vegas.

If I am mistaken as to your abilities or permissions or character, I apologize and wish you and the foundation well.

If I may leave the tip with your email at this address or whatever other addresses you recommend, I would be greatly relieved.

“Another person that needs to be dragged in by their fingernails.”

It included a poster of a female individual.

Five minutes later, I received another with the subject: “Girls By Design.”

There was no content other than a link which has nothing to do with Kristin Kruek or Girls By Design but something about Mattel (Barbie) and MGA Entertainment (Bratz),

At 7:04, D sent another email with the subject “Geller and Rael”.

D writes, “Maybe you are just a reporter or maybe you have scryed.  Rael is Israel.

Israel wants Japanese blood to blend with in order to keep the Jewish straight black hair and generic base.  Japan started looting Asia around 1912. They hid loot for Nazis away from Europe.  People involved are mainly based in California and Florida still.
Yuri Geller the pedophile con-artist was a favorite friend of the pedophile Michael Jackson.
These strange Israelis want to disappear creating a race of ‘immune people’ that will be subjected to ownership laws based on the DNA they have in them.  It is just another subhuman concept to enslave women.
It is very basic really but the inclusion of Clonaid and silly apostolic babble about a perfected race of people exposes the desperate sexual problems behind the cultures and people who are so happy to lie to children to get what they want.  Those who lie to children and censor alternative sources must be annihilated.
Annihilated.
Annihilated.
***
D sounds a little threatening with his repeated use of the word “annihilated,” but he might be just mentally ill.
Then he wrote again at 8:42, with the subject “Why do you look like Putin and why are Indian Women so fucking stupid?”

D writes, “Apparently the Subhuman who botched all the DNA evidence in Massachusetts is a friend of yours. I guess disallowing my comments makes you feel protected.”

Now it may be a coincidence, but I have been publicly accused of looking like Putin [I never colluded with him however] and my associate editor is Indian – Chitra Selvaraj – so I got the feeling D was perhaps referring to Chitra and myself.

Although I don’t think Indian women are stupid, I have at times wondered about my DNA, though I don’t know who this Subhuman in Massachusetts is who is supposed to be my friend.

D’s mention in the email of me, “disallowing his comments”, made me wonder if D had been commenting on Frank Report. I looked and sure enough D had – about 20 times.  A few had been approved, but most were waiting there for my approval – which is not going to happen.

Each comment – which were found on different stories, had different names. I identified the same IP address and for the most part, the same crazed ramblings. [I do give D credit for coming up with creative monikers].

D’s monikers and comments are in bold:

This site is what can be called a “garden”.  It is used to see who is moving on the Mafia that is connected to the 911 bombing and the insurance packaged taken by the Seagrams Building right before 911.  Parlato is not Parlato.

The need to create digital paper trails engenders the concept of allowing open-format tipping so as to eliminate the typically secure but currently compromised investigative grapevines.  This is how these people are taken down.

We The People vs. Subhuman EU and Co.

Wonder why commenters are so interested in protecting names.  Plastic surgery is a hassle.

Does Wedgewood China come in Greek patterns?  PettersGroup ripped me off and sold me fake bone.

Most of this is somewhat accurate enough to expose the insane desire of sterile people to breed the world into a caricature of what hedonists thinks makes humans valuable.

Their plan is broken because they are not pure people and cannot grasp the technicalities of human genetics.  Half or more of the people involved are adopted. You can imagine their psychosis is rather debilitating. Check out the Facebook profile of: Babylonian Ars Fettes.

This is such a swell game of rugby. Too bad I have teeth sown on the bottom of my souls.  Is it cheating to speak the language of the locals better than they do?  Looks like Fettes is going to be the Barrabas this time.

Legatus the Subhuman.  If that is who you are then I am Rhadamanthus.  Your integrity has been compromised and your sovereignty is voided. Suicide is an option as well as torture.

[Referring to a certain commenter] You seem like a pederaster.

At what point do children become women?  According to your disease and that of mankind itself, it is when she is broken by a man or a predatory lesbian.

[referring to a certain commenter]… want a to learn how to brainwash little boys.  That is why he is ‘kind and KKK’.

Jewish incest and alcoholism. Nothing more than that.

If the defendants hang then the pederasty of Nice Guys will not be as easy to annihilate.  Adults are absurdly transparent.

They likely want to visit the Dartmouth Dragon Society. That is where the pederasty forms the National Security plans that involve pederaster Freemasons pretending to save women from bad men.

NXIVM is a part of Al Anon.

Sinning in the name of another especially a father is the oldest trick in the book and the reason why pederasty and pedophilia are epigenetic.  Fathers have so much to attone for.

[link to some video]

Water is Vodka is Water

Anonymous is just peddling Al Anon garbage with hopes that Bahia and Muslims will feel entranced by his foul balls.

Intentional mis-spelling is the sign of the raped and rapists.  It is something that Freemasons and banks do when handling live dead accounts.  NiceGuy is probably Parlato the Desi Lover.

[Note: a Desi is slang for an Asian Indian].

Anonymous is a boy molester

The women on here commenting are the real criminals. The mothers of these men must be complete subhumans. Clearly the women commenting on here need to die.  But women are too stupid to die.

I guess mankind will leave them with the Guardian Race to make sure they are always treated like the sexual predators they are.

Normally I do not block commenters, but I am going to block D.  In fact, D is the first commenter I ever blocked.  But I think it only fair that if D really wants to stalk me, do it in person. There D will meet a robust response.

Of course, D might just be some mentally deranged individual or drug addled. If so, I am sorry for this person and I hope D gets help.

Well enough for now. I got a barrage of some 50 plus text messages in a row – about Nazis, gays and the Illuminati – with plenty of pictures. I don’t know if this is D or someone else.  The texts are a little less hostile than D’s comments and emails, but seemingly equally confused.

This is a side of investigative journalism that makes it colorful. You spend so much time chasing down leads and trying to figure out what is really happening. Then you get some zanies, and the occasional threat.

I like to think of it as comic relief. 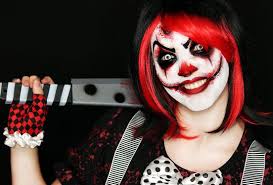