As readers know, Keith Alan Raniere’s sentencing has been postponed. Originally, it was set for September 25, 2019 and then for January 17, 2020. A realistic date now is probably sometime in March or April.

Judge Nicholas Garaufis adjourned the earlier dates because there has been a delay in Raniere’s presentencing report.

Raniere faces a minimum of 15 years for sex trafficking – based on trafficking an actress named Nicole – one of the witnesses at trial. Raniere was also convicted of racketeering, racketeering conspiracy, identity theft, forced labor conspiracy, wire fraud, etc. He has been in prison since March 26, 2018 – most of the time at the Brooklyn Metropolitan Detention Center – giving him one year and 9 1/2 months in federal custody.

The time he spends in custody will go toward time served – unless he gets life.

Reports from sources in MDC say Vanguard is depressed. He has not won friends or influenced people. The guards seem to hate him. The prisoners think he is scum.

Raniere has been taunted with nicknames – which is ironic, for when he was the Vanguard, he devised nicknames for others.

He called Mariana – the mother of his child – “Monkey”. He called Daniela “Bobo”. He called Toni Natalie “Took” because he said she had a tendency to take what did not belong to her. Everyone had a nickname and they were usually derogatory.  He nicknamed one accountant whose first name was Jim – as “Crimy Jimmy” suggesting he had criminal intent.

In any event, in a turn of karma, Keith is getting nicknamed. The one most widely enjoyed is “Crybaby Jane” – an apt name since “Jane” has been heard to cry – fairly loudly – and frequently – often wetting his pillow.

Other names such as Keith Manson – Guru Perv – and the less original – Shitstain – possibly earned from an incident that occurred where certain prisoners placed human excrement in his shoes, trousers, and bunk – have been used to describe the man whose followers were required to call him Vanguard.

Life has been rough for Keith at MDC. He’s had ringworm, had his glasses stolen repeatedly – and he can barely see without them.

This is curious since when he was Vanguard he was often asked why he – the smartest man in the world – who claimed he could cure all sorts of diseases – did not cure his own Mr. Magoo-like eyesight. 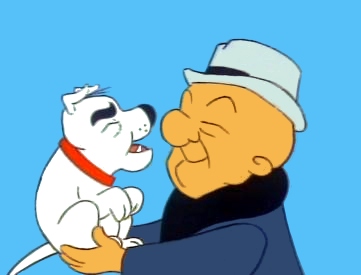 He said he was so busy thinking out the problems of the world and how to solve them that he just hadn’t the time.

Now, he has all the time in the world to fix his eyesight.

Which reminds me, that, according to several sources, he is writing his memoirs – with pen and paper.

A story is told that one of the prisoners sold him a pen that he said was “guaranteed for life.”

In any event, Keith had head lice – and they shaved his head rather than give him shampoo that would have easily cured it.  Guards taunt him and once gave him urine-soaked clothes to wear to court. They turned the other way when two Hispanic prisoners beat Raniere up.

Despite the fact that he was East Coast Judo Champion at age 11, he has not done well in fights in prison. It seems he did get the falls down correctly – landing on his ass numerous times – but in judo, you are supposed to take the other guy with you and throw him.

In fact, another nickname he earned is “The Karate Kidding” and also, sad to say, “Wimpy Dimples” the dimples referring to a part of his anatomy other than his face.

Life in prison has been hard on Raniere – as some prisoners apparently have propositioned him with something hard.

Up until the time he was convicted – June 19, 2019 – he had hope.  Hope he would get out with his ass intact.  All during trial, he hoped for an acquittal – which proves he is delusional. The jury convicted him in less than four hours – and an hour of that was for lunch.

He has an appeal forthcoming which has the same chance of succeeding as he has in not getting raped in prison.

Raniere used to quip about rape – quoting its advantages for women – mimicking a woman saying to her girlfriend, “I am so terribly afraid of being raped – by someone unattractive.”

In any event, Keith will not get out of prison any time soon, possibly not at all – and he will likely be raped – or as we prefer to call it here at Frank Report  “anally ravished” – by someone unattractive.

But he will not get the minimum. His foul deeds were more than just sex trafficking. He committed a dazzling array of fraud and illegal manipulation. He used people like they were targets in the video game Vanguard – from which he took his name.

Most observers say he cannot possibly get less than 20, and more likely 30 years – which we might as well call life.

Either way, whether it’s 30 years or life, he’ll be in a maximum-security prison. What does he have to live for?

Bad food. No freedom. No hope. A lot of guys calling him nicknames. Some of them beating him up. Some of them anally ravishing him.

Sources tell Frank Report that Raniere offered to be a jailhouse stoolie – using his enormous brain to find out what his fellow prisoners know and report it to authorities – in return for a lighter sentence.

He could be a superb snitch because he can use skills he patented in Executive Success – and do Explorations of Meaning (EM) sessions to wheedle information out of prisoners.

He might consider offering his powers to the government in return for a lighter sentence.

He could offer to teach the Pentagon how he could make it rain on others while he stays dry – or to use his ability to make radar detectors go off when he drives – or when he comes up with a new teaching – how it will snow in December or rain heavily in April in upstate New York – or his ability to detect a Luciferian in a crowd – or how his ejaculate deposited on a woman will make her enlightened – provided she never touches another man the rest of her life – or any other profound bullshit he spouted over the years – which his followers believed.

In prison, Raniere has shifted from protectors – from the Aryan Nation to Puerto Ricans.

It is expected that in order to keep this protection when he is sentenced and is moved to a maximum-security prison, Keith will be feminized by his pimp/protector and be anally ravished by one or more men on a regular basis.

He will be subjected to being a bitch slave in return for protection. Otherwise, he will likely be killed.

I don’t think it is terribly funny that Keith may be afraid he will be raped by someone unattractive.

Oddly, Keith will have the opportunity to experience the same dynamic his female slaves experienced when he ran amok among decent people. He wanted to make slaves of women – coercively – holding collateral over their heads. Soon, he will be a slave of his protectors – now looking like the Puerto Ricans.

Today, he rots and festers in prison. His health is deteriorating. He is bored and depressed. The old life where he was master over many slaves is fading fast from memory. He is a slave himself.  He takes orders day and night. His every hour is controlled by the Bureau of Prisons and sometimes by other prisoners.

Once he gets sentenced, he will be required to be ‘gay for the stay.’ And that stay will be very long.

All kidding aside, it is not funny that any prisoner in America or anywhere else – even vermin like Keith Raniere – is raped.