Governor Andrew M. Cuomo has announced he is stepping down as Governor of New York.

But in his typical ham-handed way of showing that he’s still in charge, he postponed that event for two weeks (One can only imagine how many files are going to be shredded or burned during that time period).

But if Cuomo had consulted with me and some of my colleagues, he could have avoided this embarrassing end to a lifelong career in politics – and maybe even gone on to higher office.

Just last night, I was discussing Cuomo’s problems with several criminal defense attorneys and political consultants – and trying to figure out if there was any way for him to stay in office.

We began by reviewing what the mainstream media had identified as the three most likely outcomes to his dilemma:

Although Cuomo had vowed that he would never resign from office, that’s basically the same position that many other politicians had taken before they were confronted with the reality that they would otherwise be removed from office via impeachment.

We thought the most likely time for him to resign would be after he is impeached by the Assembly – and before he faced a “trial” that would be conducted by the NYS Senate (except for the Democratic Majority Leader, Andrea Stewart-Cousins) and the seven justices on the state’s highest court, the New York Court of Appeals (Please don’t ask me to explain the rationale behind the make-up of the “jury” in impeachment proceedings in New York State because I have no idea who thought that it makes any sense).

Richard Nixon was in exactly this same position when he decided to get on the helicopter and head back home. And although I don’t think there’s any place for a chopper to set down at the Governor’s mansion in Albany, I do understand why many predicted this is how this little mini-drama was going to end.

Apparently, Cuomo didn’t want to have the word “impeached” associated with his name. So, that’s why he announced his resignation earlier today.

Had Cuomo not resigned, he would have very likely been impeached sometime in the next few weeks. And that impeachment would undoubtedly have been very detailed and inescapable.

As Laura Nahmias recently noted in the  New York’s Intelligencer, “[NYS Assembly Speaker Carl Heastie] badly wants the Assembly’s Judiciary Committee to create an airtight, legally bulletproof, and dispassionate case against Cuomo, so the famously slippery governor can’t somehow escape on a technicality, or distract from the shocking sexual harassment charges against him by nitpicking holes in the legal proceedings.”

Because his top aide Melissa DeRosa had already resigned, Cuomo would have to have dealt directly with Heastie – or rely on less-experienced aides – regarding the exact charges that would have been the basis for the impeachment. Now, there won’t be any need for him to do that.

If Cuomo didn’t resign, he most likely would have been “convicted” by the members of the NYS Senate (except for the Democratic Majority Leader, Andrea Stewart-Cousins) and the seven justices on the New York State Court of Appeals (Because its composition is so odd, I just had to describe the “jury” that would have decided Cuomo’s fate one more time).

Actually, in another peculiarity that may be unique to New York State, Cuomo would have been replaced as Governor by the current Lieutenant Governor, Kathy Hochul, as soon as he was impeached – and before he went to trial.

So much for due process. Guilty until proven innocent seems to be the standard in New York State. At least for impeached governors.

Although he had steadfastly supported Cuomo as more and more women came forward to claim that Cuomo had sexually assaulted them in various ways, Heastie did a 180-degree turnaround as soon as the NYS Attorney General, Tish James, released the report on Cuomo last week.

That’s when Heastie joined the chorus calling for Cuomo to resign – a clear signal that the Assembly would impeach him and leave his fate up to the NYS Senate (except for the Democratic Majority Leader, Andrea Stewart-Cousins) and the seven justices on the New York State Court of Appeals (OK…that’s the last time I’ll repeat that).

Per this option, Cuomo was apparently going to agree to “retire” after his current term ends on December 31, 2022 – and not seek re-election next year (His father, Mario Cuomo, also served three terms as NYS Governor – a standard that Andrew was reportedly obsessed with besting).

Although Heastie had denied that he would negotiate any such deal, this option actually would have made a lot of sense for all the concerned parties.

Except for one thing…it would have left Cuomo as the lamest of lame-duck governors for another 17 months – which is like 100 years or more in political time.

Although this option made a lot of political sense, I didn’t think it would happen because Cuomo’s accusers – and the mainstream media – were never going to be satisfied with such an outcome.

Especially not when there are so many important issues that need to be addressed – and resolved – in the upcoming months.

Although the mainstream media never discussed this option, here’s how I think Cuomo should have proceeded. 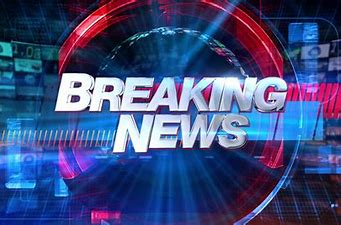 I would have advised Cuomo to hold a press conference at which he would admit that he’s gay – and say that his inappropriate actions against his various accusers were simply a matter of his “over-compensating” so that he could remain in the closet.

And before you Frank Report readers dismiss this scenario as the result of too many late-night drinks, you need to be aware that rumors about Cuomo’s sexuality have circulated throughout Albany, NY – and elsewhere – even before he and Kerry Kennedy divorced in 2005 (Although that’s when the divorce was finalized, it had apparently been discussed since as far back as 1997).

So, let me explain how Cuomo could have remained in office if he had simply come to me for advice.

After he announced that he’s gay, he would have publicly apologized to all the women he mistreated – and asked for their support as he tries to find his way in the world as a 63-year old gay man who has finally come to terms with true sexuality.

Are you telling me that the Assembly and Senate were going to kick him out of office after that sort of admission?

Nope…that would never have happened – at least not in New York State.

And if he could have arranged to get one of his reported boyfriends to stand with him when he made the announcement, he may actually have gotten elected to a fourth term next year.

Especially if the boyfriend’s name was Larry!