If his supporters expected an eager media ready to chew on a feeding frenzy, they were disappointed.

Keith Raniere’s Rule 33 motion alleging the FBI tampered with evidence got no traction in the media. And his motion seeking Judge Garaufis’ disqualification got even less.

It could be that mainstream media is not interested in policing the federal police. Or the lack of interest is because Raniere is an unlovable character.  No one thinks he’s innocent except a few lonesome followers.

In addition, the motion is obtuse. It is not easy to understand what the FBI is alleged to have done unless one has a computer background.

Judge Nicholas Garaufis ruled the motions will wait until after the US Court of Appeals for the 2nd Circuit decides Raniere’s appeal. That may take months or even a year. There may be little reason for the media to take hold of it now.

The mainstream media I found is limited.

Altogether they gave the motion a scant 25 paragraphs.

The AP had only one paragraph on the tampering in their story: NXIVM guru wants new judge to decide evidence planting claim

[T]he motion details evidence allegedly showing metadata of a file card was changed while in possession of the FBI to make it appear nude photographs of a female were taken in 2005, when the woman was a minor…

In the filing, Tully asks for there to be an evidentiary hearing where attorneys can question multiple forensic examiners, FBI special agents involved in the case, two federal prosecutors, two witnesses and others. A spokesperson for the US Attorney’s Office for the Eastern District of New York had no comment.

Raniere’s attorneys said a camera, camera card and hard drive were found at a home linked to Raniere in March 2018, and that while in FBI custody, a camera card was accessed improperly and altered.

A former FBI special agent submitted an expert report where he said he believed tampering “definitely” took place while the devices were in the custody of the FBI, and it was his expert opinion “the FBI must have been involved in such evidence tampering.”

Among the choicest were:

The convicted pedophile, 61, claims the outcome of his 2019 trial in Brooklyn Federal Court would have been different had jurors been aware of the alleged evidence tampering….

Raniere’s attorney Joseph Tully wrote…. “The government used the year 2005 to establish the female as being under the age of eighteen, making the photographs contraband.”…

In one photo on the drive, the thumbnail image was originally of a blond woman, but inexplicably turned into a thumbnail of a brunette, Kiper claimed.

The Times Union had six paragraphs. Most of them pointed out that there was more than digital evidence presented at trial to prove Raniere’s is a pedophile.

At trial, metadata on photos showed to jurors showed the images of the 15-year-old girl were taken in November 2005, when the girl was 15 and Raniere was 45. In addition, text messages exchanged between Raniere and the woman showed Raniere told her September 2014 that he was “proud to have been your husband for 8.75 years” which dated to when she was 15.

What’s abuse in one area is not abuse in another. And what is it really?” Raniere asked on the video. “Is the person a child or is the person adult-like? Does the person have a certain type of cognition, morality to make such a choice?”

The Daily Mail gave the most space to Raniere’s tampering claims.  Twelve paragraphs were devoted to it, with five quoting from the motion.

In a 42-page filing on Tuesday, his attorneys said that the tampering happened when FBI agents seized evidence from his home in 2018.

Raniere’s attorneys claim that it not only wins him the right to a new trial but that the apparent evidence tampering ‘shocks the conscience’.

‘In its prosecution of Keith Raniere, the government manufactured child pornography and planted it on a computer hard drive to tie it to him.

“Additionally, the government falsified, fabricated, and manipulated all the key evidence it used to convict Mr. Raniere of the most heinous crimes he was charged with, that is, possession of child pornography and sexual exploitation of a child – for purportedly taking twenty-two contraband photographs in 2005.

‘Such extensive government tampering renders the critical pieces of evidence used to convict him of these charges incompetent, unreliable, and invalid.

‘The government’s conduct here not only shatters rights inherent in the concept of ordered liberty, but it also shocks the conscience,’ the filing, obtained by DailyMail.com, reads.

The filing says Raniere’s suspicions are supported by Richard Kiper, Ph.D., a retired FBI Special Agent, Steven M. Abrams and Wayne B. Norris, who are described as ‘accomplished forensic analysts’.

‘All three experts agree that the electronic evidence in Mr. Raniere’s trial was extensively manipulated while in FBI custody and that it was falsified to fit the government’s narrative of criminal conduct.

‘This newly discovered evidence of illegal tampering by the government is conclusive, indisputable, and shocking,’ his attorneys claim.

They say that thumbnails were ‘altered’ to go from brunette to blonde, and that the metadata on some of the photos found on the hard drive and camera memory card was also altered.

This does not bode well for Raniere. The absence of media coverage could mean Raniere might drift away from the public’s memory.

There have been no follow-up stories.  No reporter has contacted Kiper for fresh quotes or his insights. Raniere’s hopes are fading fast. Nobody is interested.  And old Vanguards never die. They simply fade away.

Noah Goldberg, who writes for the NY Daily News, followed up on Twitter. He mentioned the restitution hearing he attended when Judge Garaufis lost his temper. He wrote of Raniere’s disqualification motion on Twitter:

“Keith Raniere’s lawyer asked for the judge in the case to recuse himself for being biased, citing one of the most bizarre moments in court I’ve ever seen in which a lawyer was told by the judge to go cry about a funeral for a colleague who had just died of pancreatic cancer.”

“We journalists sat awkwardly as no one in the courtroom spoke for a half hour and Keith Raniere sat quietly, awkwardly on his video chat from a maximum-security prison. It was insane.” 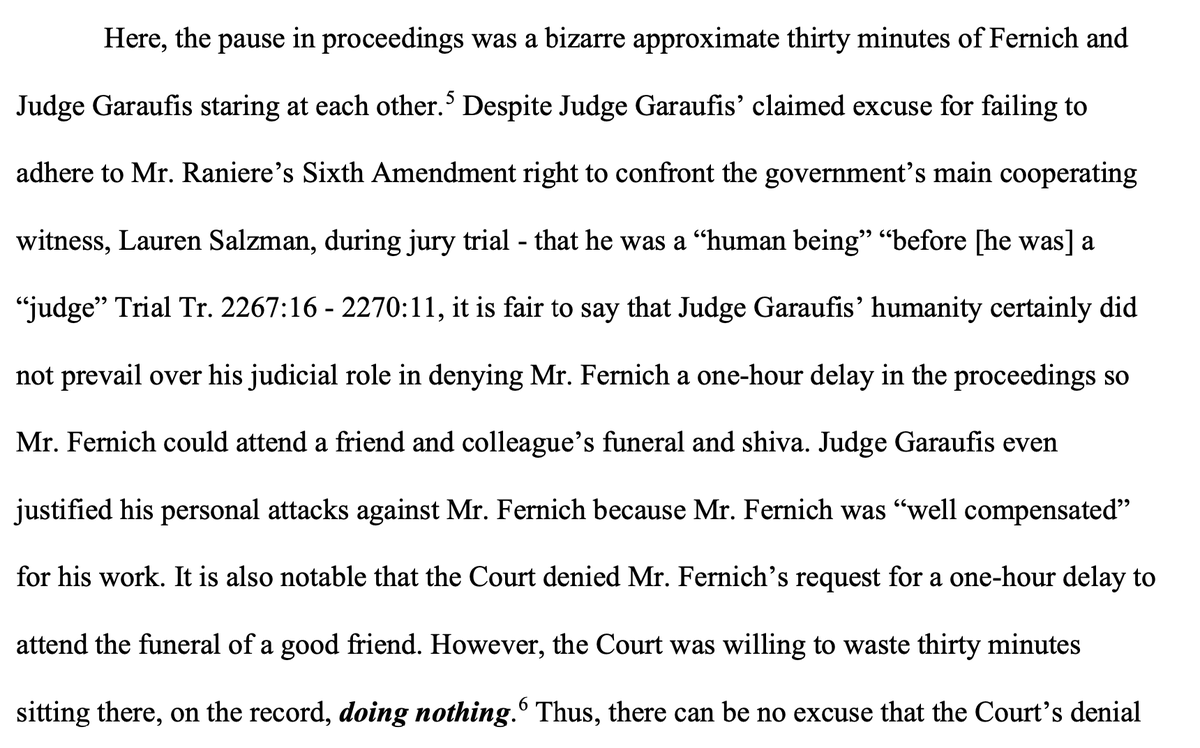 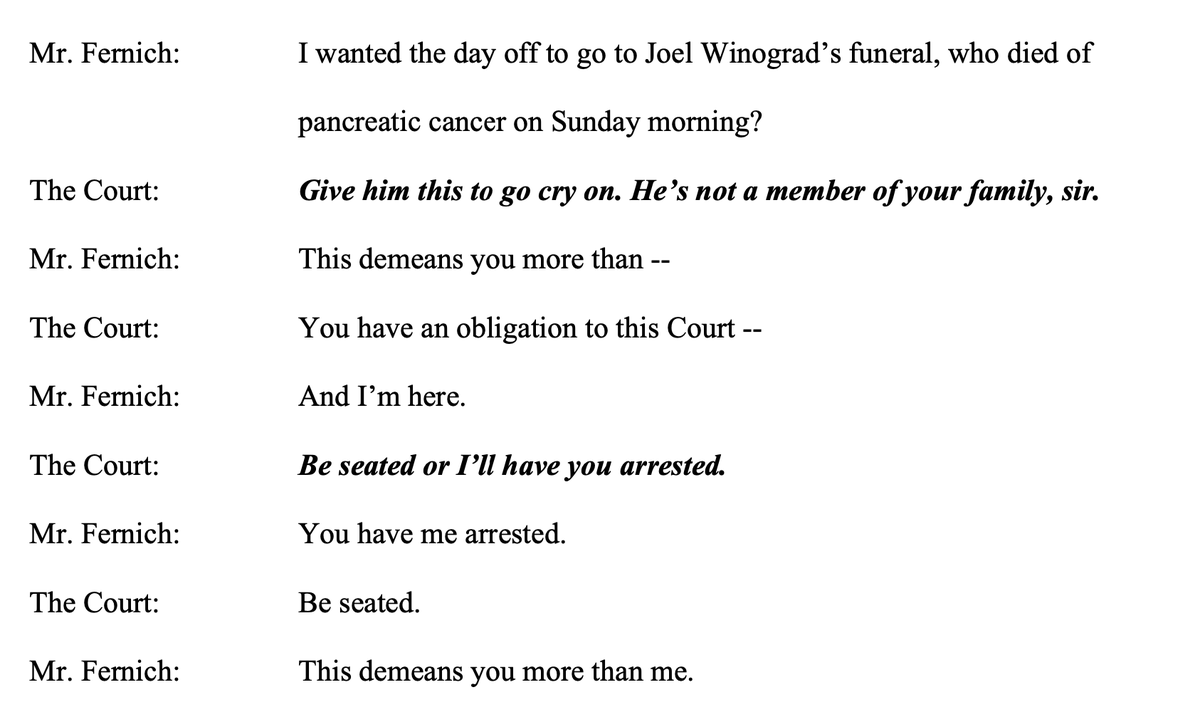