Correspondent
5:27 pm
16 Comments
FacebookTwitterRedditLinkedInEmail
I received the email below from the NYS GOP.
Some might laugh at the notion of even having a Republican Party in New York State which, along with California, is considered the most liberal state in the union.  However, it is not entirely the case.
There are really three New York States politically. The first is New York City, which dominates the state, because roughly 64% of the state’s population lives in the New York City.  So they always outvote the rest of the state. NYC is very liberal and are currently enjoying those policies in runaway crime.
The next segment of the state is the smaller urban areas like Buffalo, Rochester, Niagara Falls, Syracuse, Albany, which is overwhelmingly Democratic but generally nowhere near as liberal. Not to overgeneralize, but they are often seen as old fashioned Democrats who are not quite in tune with the radical left.
Then there is the rest of the state – by far the largest geographically [and smallest by population] – rural New York and small town New York State which is overwhelmingly Republican. These are farmers and conservatives and they are mortified by the direction of the radical left.  However their votes don’t count a whit in a presidential election or virtually anything in statewide politics.
I got this today from the NY GOP.   [officeofthechairman@nygop.org via nygop.ccsend.com]

By Nick Langworthy
GOP Chairman New York State
It’s official: Joe Biden has ceded complete control to the radical left. Despite the mainstream media working overdrive to try and paint Kamala Harris as a moderate, she can’t run from her record of radical positions.
She has the MOST LIBERAL voting record in the senate–surpassing even self-described socialist Bernie Sander is. 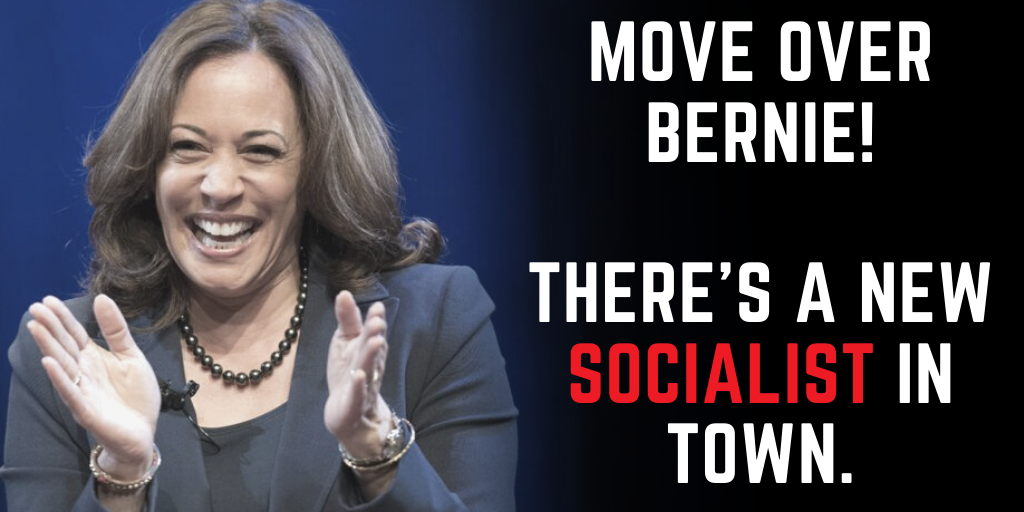 HELP US STOP HER RADICAL AGENDA
Harris’ positions are extreme and out-of-touch with the vast majority of Americans:
Make no mistake, she is gearing up to become President herself and ram through this dangerous agenda. That is what’s at stake in this election and the choice couldn’t be more clear.
We must stop her today.