The following is not only about cell phones, but microwaves and handheld radios.

Paul wrote and asked, “I use a handheld radio that radiates 10 Watts. Is that why I don’t have Glioblastoma Multiforme? There must be a rational explanation.” 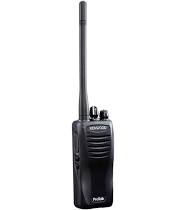 The straight answer is: probably yes, the fact that you are using a HIGHER-powered handheld radio will cause the body’s protective mechanisms — heat shock proteins, etc. — to kick in. Research in this field is never complete unless there are apparent anomalies. I’ll try give you a “rational” explanation as to why you’re still alive.

Watch this video by Dr Leif Salford, a top neurosurgeon, who started investigating the effects of microwave radiation on the blood-brain barrier (BBB) back in the 1980s. He read reports that microwave radiation opened the BBB, a protein sheath that protects the brain from toxins in the blood, and he thought this might help with delivery of drugs to the brain during surgery.

There’s also a blood-testis barrier in males, with a similar protein structure, that protects the testes.

Dr Salford found that two minutes of low-level microwave radiation was indeed sufficient to open the BBB, and to his alarm found severe damage in the brains of rats that were exposed to just two hours of ordinary cell phone radiation.

He gave a warning in 2003 of “teenage dementia” in kids who used mobile phones excessively. This is now an established fact; nearly all kids show clear signs of ADD and memory impairment. I studied “attention” in classrooms in the 1980s, I developed the only proper validated protocol in the entire education literature to measure attention in the classroom, so I’m entitled to make this judgment.

Exactly the same phenomenon, of greater effects at lower intensities, was noted with brainwave changes by Ross Adey at Stanford in the 1960s; there were clear biological “windows” at LOWER intensities that saw enhanced brainwave effects. Adey’s research was used by the US military to unknown ends.

Dr Dariusz Leszczynksi, as lead researcher at the Finnish government protection agency STUK, exposed one arm of subjects to ordinary cell phone radiation. He found significantly raised levels of heat-shock proteins and other biochemical defense mechanisms, compared with the unexposed arm, a simple but elegant experiment.

Now: these biochemical changes are NOT supposed to happen with “non-thermal” levels of “non-ionizing” radiation, so this was a significant finding. When Dr Lesczynksi tried to continue his research, his contract with STUK was promptly terminated. He says openly that this was at the instigation of Nokia, then the biggest company Finland had ever seen.

These heat shock proteins are protective, and they kick in at the HIGHER levels.

Lower intensities literally come in “under the radar” of the body’s defenses.

In Dr Joseph Friedman’s research at the Weizmann Institute, he found higher levels of oxidative stress (free radicals) in living human cells after two minutes of radiation, than he did after 20 minutes of radiation. Again, this is a result of the body’s protective mechanisms kicking in. Dr Friedman went to great lengths to prove that this was not a “thermal” effect.

Also: is your handheld radio an analogue device, like old-fashioned CB radio? There is plenty of evidence that digitally pulsed radiation on biologically active frequencies is much more dangerous than analogue signals.

For example, GSM handsets are pulsed at just above 8 Hz. There are many studies showing that cellphone radiation produces anomalies in brainwaves at exactly this frequency, which is in the low alpha range. These brainwave anomalies persist for hours. This low alpha spectrum is associated with the switch from external to internal attention as you fall asleep, it’s a semi-zombie state.

Take a look, you’ll see the semi-zombies everywhere, this has become the new normal.

Mr. Barrie Trower’s interrogation of Soviet “microwave spies” was largely concerned with the pulsed frequencies that they used. For example, he says publicly that a pulsed frequency of 6.6 Hz potentiates the brain for uncontrollable sexual violence. If a spy saw that a Cabinet minister was going to visit a prostitute, Mr. Trower says, that minister might be irradiated with this frequency beforehand, with predictable results.

Look at the case of Dominique Strauss-Kahn, who allegedly sexually assaulted a maid in a hotel in New York. This destroyed his presidential ambitions and cost him the top job at the IMF. Were I to investigate this case, I would see if anyone carrying an unusually heavy suitcase checked into a room on either side, or above or below, Strauss-Kahn’s room.

Watch this presentation by an Israeli researcher, you’ll see that 5G radiation resonates with structures in the skin, the sweat glands, and molecules like oxygen and even alcohol. He says they can detect at a distance when your skin starts perspiring — they are already using this in airport security systems. The irony is that the radiation itself will make you sweat:

Now: there are many studies indicating that about 3% of the population is particularly sensitive to microwave radiation.

Prof Olle Johannsen of the experimental dermatology unit at Karolinska Institute in Sweden showed that people with an excess of mast cells in their skin (mysterious cells associated with inflammatory processes, and therefore possibly linked to cancer and a multitude of other illnesses) were particularly sensitive to microwaves. He showed that about 3% of the population fell into this category.

Based on these studies, Mr Barrie Trower gives this 3% warning wherever he goes. If he speaks at a school with 200 students, he literally tells them that “about six of you” may get ill and die of something like leukaemia, if a tower goes up at your school. Again, he’s given expert evidence in many courtrooms around the world, and never says a thing he cannot justify scientifically. He says that this technology will kill more people than WW1 and WW2 combined. If you take 3% of 6 billion users and exposed people, you get a rock-bottom estimate of 180 million people killed or incapacitated.

What other word is there for this, but “GENOCIDE”?

So, Paul, you may be in the lucky 97%. Everyone is different. I heard a talk by Niels Kuster, a Swiss researcher who has created a family of “radiation crash test dummies”, to see how they absorb radiation. He said, the centimetre wavelengths resonate with structures in the body such as “zer fingkers, zer bridge of zer nose, and: zer penis”. So if you have a body part that just happens to resonate with the radiation you are exposed to, you may be in trouble. It’s as random as that.

The WHO, etc., always say there is no “consistent” evidence of harm from microwaves. But you can never expect “consistency” with human responses. Some people smoke 60 cigarettes a day for 70 years, and die peacefully in their sleep at the age of 99. Other people who have never smoked in their lives, die young of lung cancer from second-hand smoke. Radiation is even more complex in its effects.

There’s a classic book called Cellular Telephone Russian Roulette by Dr Robert C Kane, an engineer who tested mobile phone antennas for Motorola. He got a lesion on his head right where he held these antennas, and then a brain tumor right under the lesion. He wrote and self-published this book before he died, it’s very roughly edited, but it’s perhaps the single greatest insider account of all time — what Motorola knew and when they knew it, and how they covered up all the hazards, using ignorance as an overt excuse — just like 5G, only now it’s the FCC doing the pushing — and rushed this technology through without any proper health testing. This is an authorized PDF:
https://www.icems.eu/docs/Robert_C_Kane.pdf

Dr Kane says — every time you hold the phone to your head, this may be the time that you initiate a brain tumor. So I really wish you well, but for crying out loud, just stop holding that thing against your head, unless you are particularly tired of life and want a very nasty way to die.

As a radio fanatic, I was aware as a teenager back in the 1970s of the dangers of microwaves, from warnings by other radio hams. One wrote a story in QST magazine as to how he worked on an open microwave transmitter and literally cooked his eyeballs, nearly going blind. Never, ever expose yourself to microwaves, he said. This was a standard warning back in the day. As Mr Trower notes, this routine warning is not given to modern engineers during their training any more.

Partly as a result of these warnings, I was always fascinated by reduced power (QRP) operating. During the sunspot maximum around 1977/78, I regularly talked with people all over the world, on all continents, using exactly one watt (1 W) of input power to the single valve in my home-constructed Heathkit DX60B transmitter, using Morse code. Who are you talking to with your 10 watts? Is it so very important?

Raniere Claims He’s Dying
Bangkok: Where Did You Live Frank? and Other Crude Attacks
Comment