How many times will Senators Romney, Murkowski and Collins take a stand against their Republican constituents, and their Constitution — for the publicity- and disregard what is best for their country?

They seem to have no problem when it comes to handing out Republican National Committee money and support. Then it’s, “Yes, sir, yes sir …three bags full”.

They sign on to the Republican platform and swear to “defend, protect and preserve their Constitution,” but when it comes time to so do, they turn to swamp politics and try to blackmail their party, in my opinion.

Did they not listen to the President’s defense team  or do they feel they know more about Constitutional law than the team of attorneys who are defending their President?

The President must have committed a crime and be entitled to Due Process in order to be impeached and all the “elements” of that crime must be proven by direct evidence and not hearsay, three times removed, under our Rule of Law, as clearly stated in the Constitution in several places.  More specifically, in the 6th and 14th Amendments. 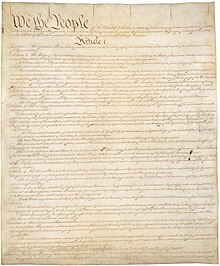 Please allow me to pull one very small excerpt right, from the 6th Amendment,  that this president was denied, the right “to be confronted with the witnesses against him”.

Even if you, Mr. Romney, Ms. Collins and Ms. Murkowski are not lawyers, you MUST have enough common sense and thinking capacity to be able comprehend that this President was not allowed to even know who his accuser is, let alone be able to confront him or her in court, under oath and cross examined by his attorney, which he was also denied.

Further, it seems very possible that this unknown accuser has no Direct Evidence, only Hearsay evidence.

According to the Constitution, it must be about our Rule of Law and Due Process and cannot be changed to simply Political Process, and  100 more witnesses cannot prove anything.

The proceeding is over as the Citizen’s Rights were violated. How can any of you believe Trump was not denied Due Process?

If you believe he was denied due process then, on that fact alone, you must vote for an end to this circus. If you don’t vote to end this, you have just set a precedent that Due Process can be denied and who knows, you could be the next victim of your foolish decision!

If you do believe the President was in fact denied then, THAT IS THE END OF the impeachment proceedings. No court in the United States would allow any prosecutorial process to go forward with 6th Amendment Rights denied to the accused. Not in ANY court.

I don’t know the Senate Rules, but I do know the Federal Rules and the fact is, under the Federal Rules, a Judge alone, without a jury decision, can can declare a Judicial Acquittal for failure to prove the charges, incorrect charges and other legal failures.

If the Senate doesn’t have that rule they should!

The bottom line, Mr. Romney, Ms. Collins, Ms. Murkowski and any other Senator who does not understand why there is nothing that John Bolton can say that will impact this case: The Articles of Impeachment are flawed. The House committed fatal mistakes by violating their own rules and once again, there is no crime this President committed that reaches to the level of impeachment. Smarten up, for the sake of your country, if for no other reason.

How can you not stand behind your President after all the attempts to unseat this duly elected President by criminal acts of high ranking, fired officials? They have not only failed but showed the animus for this President who, with all the distractions ,unproven allegations, has done for you and your country?

Do you feel safer today that you did when Obama was President? How’s your 401k and stock investments doing? How’s our energy production doing?