This is not a warning but rather a  friendly suggestion.

Warnings do not work for the followers of Keith Raniere.

Still, truth is truth – and facts are facts:

When the investigations into tax fraud, immigration fraud, employment fraud, money laundering and all the other illegal acts and related conspiracies masterminded by Keith Raniere and funded by his cash cow, Clare Bronfman, are finally complete – and people are charged with crimes by State and Federal authorities – it’s quite likely that Nancy Salzman and her daughter, Lauren, will at the top of the list of people who have been charged.

He is after all “the smartest man in the world.”

Most observers think that Clare Bronfman will have enough money to buy her way out of prosecution. So, even though she will likely be charged – and will probably have to pay a multi-million dollar fine –  she probably won’t go to prison.  Such are among the advantages of being a wealthy “Trust Fund Baby”.

Observers think that the low-level people and those without money are the ones most likely to do prison time.

Karen Unterreiner probably will do the most prison time. [More on her in a separate post].

Nancy Salzman, who is called “Prefect”, is perfect as the ultimate “fall woman” since she is the face of the organization. Next to Miss Unterreiner, she should do the most time.

Along with Clare Bronfman, Nancy Salzman is described as the only other living woman in the organization who is a true sociopath.

A distinction is made: Observers say that while Mr. Raniere enjoys hurting people, Miss Salzman and Miss Bronfman are basically [at least outwardly] unconcerned with the destruction to people’s lives caused by their leader.

Happily for the two women, they will likely soon enjoy the destruction coming to each other. Miss Bronfman can rejoice in Ms. Salzman’s destruction and vice versa.

Frank Report will soon post information that has already been made available to the U.S. Attorney and the FBI on some of the crimes likely committed by Mr. Raniere [whose name is on nothing]; Nancy Salzman [whose name is on everything]; Clare Bronfman [who has left a paper trail from here to Mexico City and back again]; and a number of other key supporters.

THE KEY WORD TO THE CHARGES will be “CONSPIRACY”.

That word is usually preceded by one or more words of various legal import.

This post is not meant to scare or bluff anyone connected to ESP into taking action.

But just consider: If people who have signed their names on various documents and bank accounts – or have collected and distributed cash for the organization –  don’t realize they’ve participated in financial crimes, then they are now being advised to simply ask an attorney.

Go to a criminal attorney. It will cost you nothing for an initial consultation.

Simply inform that attorney what you were asked to do by Nancy or Clare or Karen – and ask if what you did amounts to a possible felony? Also ask that if you say nothing to authorities, can you be charged, or will the authorities ignore you because they will want to charge Mr. Raniere [whose name, unlike your name, is on nothing at all]?

What is the harm in a free consultation? You don’t even have to let Mr. Raniere know about it.

Frank Report, in a most friendly manner, advises those who have signed anything – because they were asked – and have handled cash or accepted payments for things and then turned the money over to Ms. Salzman, Miss Bronfman or anyone else – to please consider this as fair warning.

Please don’t think this is meant merely for Karen Abney, James Del Negro, Kathy Russell, Karen Unterreiner, Ben Myers, Lauren Salzman, Jennie Ose, Dr. Porter, and several others.  To the contrary, this warning is meant even those who were asked to do only one improper deed.

All of you who had any connection to financial secrecy, fraud, and the multiple sets of corporate books  – even Mexicans like Lola Garza, Cami Fernandez and the other illegals et al – should consider this fair warning.

And the women who pick up the checks: sorry,  you are not in the clear either.

The irony is that you will probably be charged with more serious crimes than Mr Raniere whose name is on nothing.

While we realize that you cannot say “No” when Prefect asks you to open a bank account or sign your name on something you know nothing about, the fact remains that you can – and will be – held criminally liable for what you did.  And your explanation that you did what you did because the authorities are against Keith’s “goodness” is going to produce no sympathy whatsoever from prosecutors.

That is why you should consider consulting an attorney. 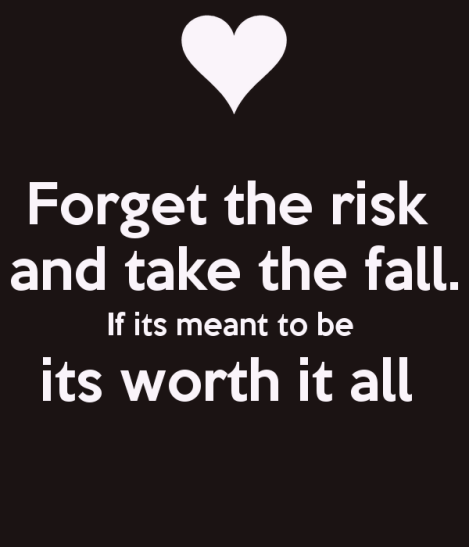 Guest View: The Origins of DOS Show a History of Deception

Raniere realized the value of nude photos as “collateral” long before DOS
Q: How can Salzman be demoted? She owns ESP/NXIVM! A: Salzman “fading fast”
Comment

Parlato has appeared on the Nancy Grace Show, Beyond the Headlines with Gretchen Carlson, Dr. Oz, American Greed, and NBC Nightly News with Lester Holt, where Parlato conducted the first-ever interview with Keith Raniere after his arrest, which was ironic since many credit Parlato as being one of the primary architects of his arrest and the cratering of the cult he founded.

Guest View: The Origins of DOS Show a History of Deception