Some sources deny that TV actress Grace Park left her high-paying job at CBS as co-star of the hit TV series Hawaii Five-O, because of her involvement with Keith Raniere, the self help teacher from Clifton Park, NY, that some call a sinister cult leader.

We want to take those people at their word, but none of them will go on the record.

Mr. Raniere recently lost most of his students in Los Angeles and Vancouver after revelations that he uses hot iron branding to sear his initials on his female student’s pubic regions – and employs blackmail to keep them from speaking about it.

Miss Park lives in Vancouver and was born in Los Angeles.

In the wake of the catastrophic loss of paying students, Mr. Raniere tried to shore up his faithful female followers to stand at his side. No one knows for certain where Miss Park stands since she has not made a public statement. But just as the mad exodus of students was at its peak, CBS news announced that Miss Park is leaving Hawaii Five-O.

Meantime, the immensely popular actress is being used to endorse Mr. Raniere on You Tube and on Mr Raniere’s websites.

Her fans can see her interviewing Mr. Raniere on a number of videos where he proclaims his teachings and Miss Park clearly appears to be appreciative of Mr. Raniere.

A sample on YouTube is called The Nature of Living.

According to the Executive Success Programs website, this video is one of many interviews between NXIVM founder,Keith Raniere, and Miss Park and other notable personalities.

While the conversations are described as “informal”, the website claims Mr. Raniere “…tackles some of the hardest ethical and social issues unfolding on the world stage.”

We do not know where Miss Park stands but “The Nature of Living” is a fascinating video.

People might find it of interest to watch the video with and without the sound to get an indication of how Mr. Raniere uses his head, eyes, and body language to communicate.  Also be sure to watch how Miss Park reacts to his various non-verbal communication techniques.

Frank Report took a series of screen shots to make a visual presentation.

Frank Report recognizes that people blink and any random selection of still shots from almost any video will show people with their eyes closed, or half closed, even when they are completely alert, because they are blinking.

The purpose of these screen shots is to show how Mr. Raniere interacts with a student and perhaps on more than one level.

You can see for yourself by watching the whole video.

The captions below the screen-shots are not meant to be an accurate summary of what Mr. Raniere was saying with words. Instead, they are meant to suggest what Mr. Raniere may be trying to communicate on the subconscious level with looks and gestures. And how his subject is supposed to feel: 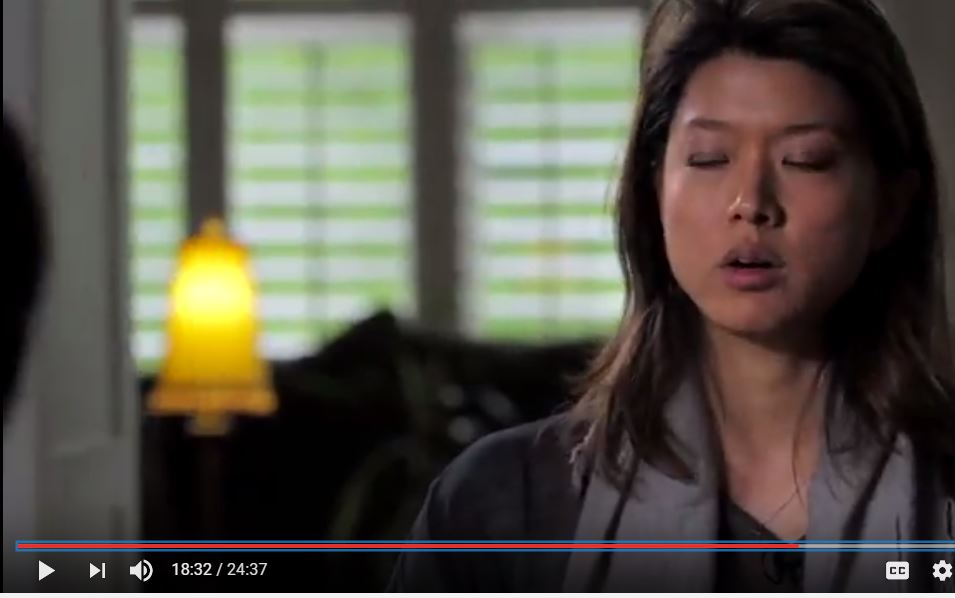 Parlato: From Where I Stand, FBI Examiner Booth Testified Falsely — EXIF Data Is Easy to Change

Suneel: ‘Did I Lie About FBI Examiner Brian Booth Going Dark? Or Did He Lie About Exif Data?’

Parlato: From Where I Stand, FBI Examiner Booth Testified Falsely — EXIF Data Is Easy to Change

Suneel: ‘Did I Lie About FBI Examiner Brian Booth Going Dark? Or Did He Lie About Exif Data?’

Claviger: Ten Questions for Suneel and Other Stray Comments on NXIVM and the Law